- June 03, 2010
I recently saw the movie ‘Unthinkable’, a political thriller starring Samuel L. Jackson and Carrie Ann Moss (Matrix), playing as black ops interrogator and FBI agent from counter terrorist unit respectively. I was quite intrigued by the story and in some places it even reminded me of  the TV series ‘24’ of which I am a huge fan.
Though it is not a typical ‘Hollywood’ film, it does leave you with a lot of questions in your mind. The main questions being ‘How far are you willing to go when its a question of saving thousands of lives?’, ‘Are you willing to allow ‘human rights violations’ when it comes to saving many lives?’.
The film is gripping and all the lead actors have given superb performances with Samuel L. Jackson as the bad cop  ‘H’. He has played the role of a menacing and ruthless interrogator with aplomb. To counter balance him, Carrie Ann Moss plays the good cop as Agent Brody, a sensitive yet strong woman. ‘H’ is brought in when ‘Younger’ aka ‘Yusuf’, an American Citizen is nabbed by the authorities after he has threatened to blow up three American cities with nuclear bombs. The bombs are set to blow within 3 days. Younger willingly lets himself get arrested so as to face the enemy knowing fully well what he will have to endure.
Younger is systematically tortured so as to break him down into giving up the locations of the bombs. Agent Brody and many others in the team are shook up by the torture tactics used by ‘H’. They try to stop the entire process but in the end relent to it, to find the Bombs. 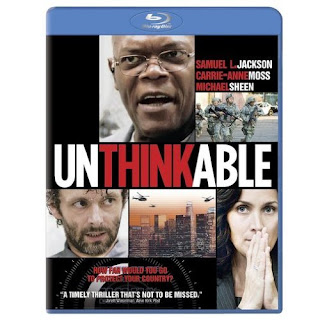 Though the story is good, the writer could have given us a glimpse into ‘Younger’s’ past, there was no background about his life to explains his actions. Also, he is willing to take thousands of lives but when it comes to his children’s lives, he caves in and reveals the locations. If he has made a plan to blow nuclear bombs, how could he have forgotten to safeguard his children and let the authorities use them as a leverage? This is where I felt the story was weak.
Many scenes in the movie can make you flinch and gasp due to the rawness and brutality of the torture scenes. Though it is nowhere close to gore movies like ‘Saw’ or ‘Hostel’, the scenes are not for the faint hearted.
The movie is fast paced and has excellent dialogues and twists, which keep you wondering, what next?  It makes you take a long hard look at our values and whether they will withstand, in times of intense pressure. How far are we willing to go under the guise of self preservation and are we ready to justify the torture of a fellow human being when the stakes are high?
The movie cannot be called enjoyable in the traditional sense but is definitely hard-hitting, memorable and impactful.
Would give it a 3.5 out of 5.
Movie Reviews