Showing posts from 2012
Show All

The Hobbit- An unexpected journey 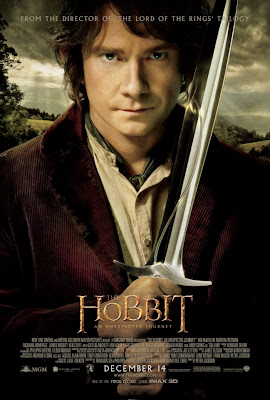 People who are fans of the trilogy "Lord of the Rings" are in for a treat, when they get to see "The Hobbit- An unexpected journey". This Movie is again a trilogy based on the fantasy novel by J.R.R. Tolkien and is the prequel to the "Lord of the Rings". This Movie is again directed by Peter Jackson who has done a wonderful job. Image Courtesy: Warner Brothers The story is about Bilbo Baggins who is Frodo's uncle and of his adventure with a group  of dwarves who are on a quest to reclaim their kingdom "Erebor" from the terrible dragon called "Smaug". The story is set 60 years before the LOTR.  This motley crew of dwarves is led by their warrior prince "Thorin Oakenshield" and accompanying them is "Gandalf the Grey", the wizard, who was also there in LOTR. Their journey takes them through difficult terrains, beautiful landscapes and the land of middle earth filled with fearsome Orcs, goblins and trolls. Thi
12 comments
Read more

The Death of a Friendship 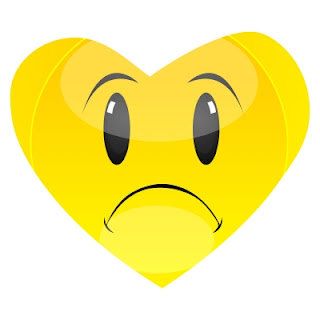 Friendships most times are stronger than other relationships. They are the life raft that give you home in the turbulent sea called life. As time goes by it becomes deeper and stronger and it   nurtures and sustains you . Friendships happen so easily and the best part is, it is so much to fun to make new friends. I always had a huge circle of friends while growing up. My parents were always aghast during my birthday parties by the sheer number of people who came down to wish me. I gathered friends wherever I went, my tuition class, guitar class, computer class, school, college and even in the lane where I lived. At that time,life was a wonderful ride filled with giggles and gossip. As I grew older, many of those friends became good friends, while I lost touch with a few as they drifted away. A handful of them especially the women friends became my close friends,with whom I could spend hours, talking about anything under the Sun. These friendships grew strong for many years as each on
47 comments
Read more

I know all of you rushed to this blog, when you read the word "Giveaway" . We all love a good deal and especially when something is free.  This giveaway is sponsored by "Magical Homes " , and one of you could be the lucky winner. "Magical Homes is a site about décor and lifestyle. A place that you can walk in with a cup of coffee and find décor tips, relationship advice and even parenting guides. It's a site that endeavours to make your home a magical place. Magical Homes will also from time to time bring you offbeat products, that you can buy online. Products will be directly from craftsmen or from DIY by readers." To win the fabulous set of Silver and Blue table mats (set of 6) , all you have to do is: 1)  Tell us which article you liked the most from the website and why .You can find them  here . 2) Like them on Facebook here . This contest is open only to the residents of India and will close on 12th December.  Please do rememb
7 comments
Read more 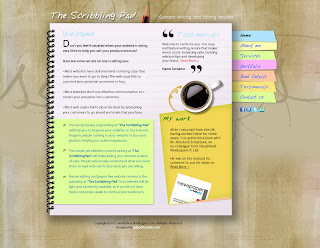 I know, I have done the disappearing act from my own blog again  and have not been visiting any of you blogs as well. Thank you for being such good friends and sticking around with me. I promise to read all the posts I have missed. I have them stored in my reader. I have a reason for absconding from the scene, as I was juggling too many things at the same time both personal and professional. One of the balls that I was juggling was the launch of my professional website 'The Scribbling Pad' . I finally launched it ten days back and voilà, here is the link for all you beautiful people The Scribbling Pad  and a snapshot of the site. Hope the people who need Content writing and Editing services are reading this blog. It has been an exciting time mixed with lots of hair pulling and harassing the designer who designed the website. I drove the poor chap up the wall with so many changes, till I was completely satisfied.  I have kept the website simple because I believe in,
39 comments
Read more

Do you work from home?

This is usually how the conversation flows, whenever I am asked about my work. X: Do you work? Me: Yes I do. X: Which company? Me: I have my own business. I am a freelance content writer and an essay editor. X: Do you work from home?  Me: Yes. X: Wow, You are so lucky. It must be so good to work from your own home and not go out and work. No tension and no commute.  Photo courtesy: Forbes.com If I know the person well, I do go into a long winded explanation but usually I just say, it is not all luck, but involves tons of hard work. Well for all of you who are sailing in the same boat like me, let me say this, I know exactly how it feels when people say you are lucky, because you work from home. Most of us have given up our well paying jobs to raise children, to provide a stable home, because we have health issues that do not allow us to take full time jobs or like me who had to give up countless jobs because Hubs constantly keeps moving from one city to another. I
54 comments
Read more

- October 11, 2012
We all know that Amitabh Bachchan epitomised the angry young man of Bollywood. Till now, no one has been able to come even close to his charisma and his screen presence.  Just like you, I am a huge fan of his Movies, not only those Movies, where he played the 'Angry young Man' character but also Movies such as 'Chupke Chupke', 'Satte pe Satta' and 'Cheeni Kum', where you could see that he has an incredible sense of timing, when it comes to humour. Amitabh Bachchan has the talent to deliver his dialogues with such aplomb that even now, after many decades, we still remember them and repeat them any chance we get. Here are some of his famous Movie dialogues: 1) "Haan, main sign karoonga, lekin pehle us aadmi ka sign leke aao, jisne mera baap ko chor kaha tha ; pehle us aadmi ka sign leke aao jisne meri maa ko gali deke naukri se nikal diya tha; pehle us aadmi ka sign leke aao jisne mere haath pe ye ('mera baap chor hai') leekh diya tha.
25 comments
Read more 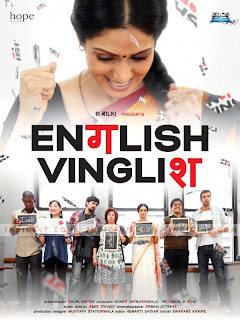 I know, I am going overboard with Movie reviews on this blog. But how could I not write about Sridevi's comeback Movie? And boy, what a comeback. There is no one like her. Acting simply runs in her blood and she proved it with this fabulous, not to miss Movie, English-Vinglish. Folks, book your tickets pronto and be prepared to get totally engrossed in Shashi's life. Sridevi plays the role of 'Shashi Godbole', a middle class housewife living in Pune. She lives with her husband who is a typical Indian husband, a  teen aged  daughter, a small son and a gentle mother-in-law. Shashi is independent and earns her own money by making delicious 'Boondi Ladoos' at home, on order. Her life revolves around her family and she puts their priorities before her needs and happiness.  Her family keeps laughing at her bad English and humiliates her everytime she speaks bad English. Her husband underestimates her and does not have any respect for her talents. Her daughter
34 comments
Read more 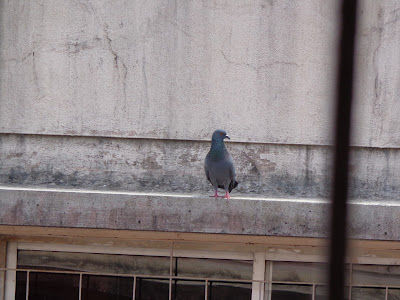 Does it ever happen to you, that one of God's creatures manages to get on your nerves every time it flaps it's wings? The title (Kabootar Ja Ja or Pigeon fly away) of this post aptly describes the feeling I have about Pigeons. These rats with wings have been hounding me everyday and have surrounded my house from everywhere. My house is under total lock down these days, with all the windows shut in the daytime, with only a little gap left for ventilation. The culprits  Every day, without fail, I am woken up not by the jangle of the alarm clock but by the scratching of claws on empty cardboard boxes stored on the kitchen ledge. Those dratted pigeons never fail to make an appearance early in the morning making that peculiar noise and dropping feathers everywhere. Even before I have managed to open my eyes completely, I am out of the bed, running behind these feathered monsters to shoo them away. Things have become so bad that these days, I have dreams of shooting these suck
24 comments
Read more
More posts