Live-in Relationships...is it testing the waters before the plunge 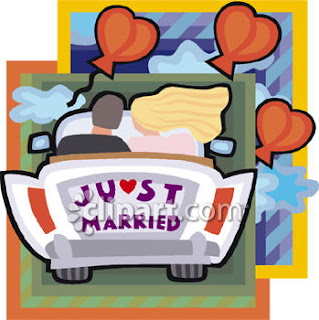 The custom of Live-in relationship is very old in India, wherein zamindars and Nawabs not only had many wives but quite a few live in-women. In those times it was not considered immoral to have a live-in relationship.

Post Independance, monogamous marriages became the in-thing. India still remains a conservative society where the institution of marriage is considered sacred. Plus chastity on the part of a woman is highly rated. The woman with a history of pre marital relations with a man will have less chances of getting married in the future.

A decade back when I was studying in Pune....the concept of live-in relationships had just started emerging. Many of my classmates were in one and few of those relationships eventually culminated into marriage.

There are conflicting views on this subject. Just today I was having a chat with "Shipra" a friend of mine who had no qualms about being in one. Her only condition was that both the partners should be unmarried and should be equally devoted to each other.

I beg to differ, I feel that a live in relationship takes away the zest and spice. In a marriage, its all about discovering new things about your life partner and even adjusting to it. Its a life long commitment.

In a live in relationship, I feel people are scared of commitments and so they need a testing period. The margin for error and tolerance levels are very low. They are already in doubt whether this relationship will work or not. These relationships are fragile. Most people enter into a Live -in relationship to test for compatibilty or convenience. Studies have shown that people who Live-together before they marry have a higher tendency to get divorced.

A marriage gives so much of security to both partners. Both work towards making the relationship successful. There is stability and also financial security.

No strings attached is something which does not work for me. Test driving a relationship without the binding of commitment seems so pointless.

I feel that even though not all marriages end in happily- ever- after, the choice of going for a commitment like marriage in itself is a step towards lasting Happiness.