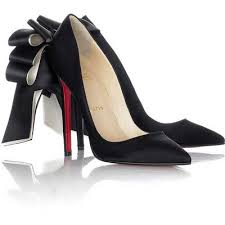 I have recently purchased a pair of boots after searching for months together since, I am really finicky about the heels and by the way did I mention that they were on 'SALE'. A sale sign is like a flame which draws moths like me to it. I am sure women will identify with what I am saying.

All around me fair damsels of all ages were foraging through the shoes on Sale checking out the highest possible heels. Some were even as high as a length of 'Apsara' Pencil and equally thin. 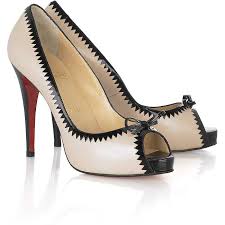 It has always been a mystery to me as how do people really manage to walk in those heels. I remember during my school days a girl wearing too high heels usually came from a well to do family with an access for choosing her own shoes. In my case my sister and I were herded by our pater to a all too familiar shoe shop in the Bazaar and were given a capped budget. Any chance of going overbudget died its own death when our father gave a withering look and we hurried on to buy something else. Not that he did not pamper us but I failed to understand his budgeting rules at that time.


Here in Lancaster every morning on my way to work I see smartly dressed women wearing pointed heels and walking briskly...I am so jealous of them since I cannot mention High heels and walking briskly in the same sentence leave alone actually doing it .How do they manage it??
I believe some women are genetically programmed to wear high heels and mere mortals like are left in awe. The high heels erstwhile called as Stilletos (named after a Stileto Knife) look more like a weapon to me rather than shoes. I have had many a daydreams wherein I am walking gracefully in them without having a single mishap. Dont forget the daydream part. 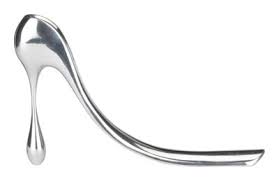 Its not that I do not have a pair of heels but I just sneak into them when there is not much walking involved and also when am sure my feet will be free of them in a few hours. Even in that short period I am inwardly praying "God let me not break an ankle today" or " Dear God I think I stabbed someones Feet just now" and "Oh God My husband is unnaturally red right now......I think I just stepped on his foot'.

I got enamoured by heels after watching 'Sex and the City'. Carrie Bradshaw sure did have a shoe fetish....her Manolo Blahniks were a dream. Dont forget 'Imelda Marcos' the lady who collected so many designer shoes that now they have opened a Museum of her Shoes. What is it with Women and Shoes?? Our X chromosome somehow makes us crave for things which men cannot fathom.


The shoe designer 'Christian Louboutin! completely understands our perspective when he says
"I like women to see my shoes as objects of beauty, as gems outside the realm of fashion, with their own universe. Shoes are not an accessory; they're an attribute. With Louboutin's and a pair of jeans or an evening gown, you're dressed,"