Are women their own worst enemies?

‘Unch Maza Zoka’ loosely translated as ‘My swing will touch the sky’ is a Marathi television series based on the life of ‘Ramabai Ranade’. The series deals with her life and that of her husband 'Justice Madhav Govind Ranade’ who was a reformer and the founding member of Indian National Congress. Ramabai was married at the age of eleven to Madhav Ranade who was 32 and had lost his first wife to illness. Ramabai was illiterate when she married Justice Ranade who helped her to learn how to read and write. In spite of their age difference, there was a camaraderie between them and Ramabai was thoroughly inspired by Justice Ranade. He was highly educated and strived his whole life to remove the social evils that existed in the society. He was against untouchability, the practice of sati and child marriage and sponsored the first widow marriage. He was a strong advocate of women’s right to education. Ramabai herself is  shown to be very enthusiastic and dedicated to learning.

There are many other characters in the TV series such as  her own family, which believes that if a woman learns to read and write, she is sure to become a widow. Her in-laws though not very approving of Ramabai’s education have grudgingly accepted it. The women folk in the house think that Ramabai’s place is in the kitchen and she needs to be a good homemaker and take care of the household instead of  learning how to read and write. 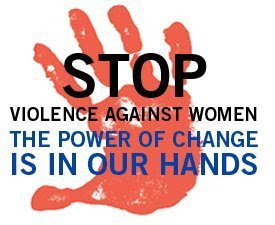 What comes to mind after watching this series is that, even though Ramabai lived nearly 100 years before our time, the situation of women has not changed much since then. The regressive social norms in India are still very rigid and still very much in favour of men.

Why has that been possible? Why is it that, we have not been able to change the way men in India look at women as objects? Are we as women, our own worst enemies?

I believe, we are our own worst enemies. As women, instead of understanding the pain of a woman, the mother-in-law is the one who will abuse and is even ready to kill her daughter-in-law for dowry. A woman instead of supporting her own daughter to study further and help her stand on her own feet, will get her married of at an early age. The daughter will have no education or the required skills to empower herself if her in-laws throw her on the road for not getting dowry.

The Guwahati molestation case is one of the many situations wherein the woman is seen as an object instead of a human being. To top the situation, women leaders who are supposed to raise their voices against such injustice are belittling women by asking them to dress up conservatively so as not to provoke men in our society. As if, these men will not eve tease or whistle at a woman who is dressed conservatively or never rape a woman who wears a sari. Such shallow statements are nothing but means to cover up and protect men from ever facing the reality that they are no longer living in the ‘Barbaric age’, that women are not possessions but have the same rights as they have.

For such incidents to stop, we as women need to stand united and think of each other. Every mother needs to teach her son to treat women with respect. Every woman needs to teach her daughter that she never has to compromise. Every man needs to treat his wife and daughter with the same respect he expects from them.
The series, ‘Unch Maza Zoka’ talks about women empowerment and the importance of educating women. Justice Madhav Ranade was such a driving force to bring about social reforms even in the face of severe criticism. Today, our society needs many such Justice Ranades if it needs to be, a safe and secure place for all the daughters, sisters, wives and mothers of India.
Nerdy Talk